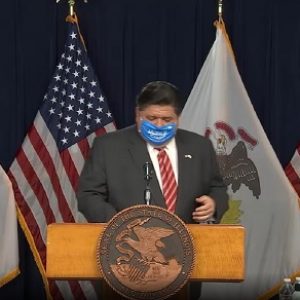 Governor Pritzker says thousands of state and municipal workers could be furloughed or laid off if Congress doesn’t come through with a relief package.

“They put this skinny CARES Act bill in the Senate up, didn’t have enough votes to avoid a filibuster, because frankly, it’s not a robust enough bill.  It does not take care of state and local funding which is vitally important.”

The governor says he’s asked his cabinet members to identify five percent cuts across all state agencies that could be made if necessary.

Pritzker says cities and counties will be hurting too, including in public safety.