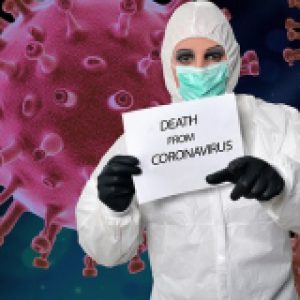 The daily report for Wednesday indicates 35 additional deaths, including a male in his 90s in Clinton County and a female in her 50s in Wayne County.   The death is the 20th in Clinton County and the fifth in Wayne County.   Other Southern Illinois deaths include four in Madison County,  two in St. Clair County, and one death apiece in Jasper, Lawrence, Massac, Perry, and Williamson Counties.

The state also reported 1,941 new confirmed cases of the coronavirus on Wednesday.

The Marion County Health Department has been notified of nine new positive cases.  Five are listed as community spread and four as spread from household contacts.  All are doing well and are on isolation.   There are now 130 active cases, including seven who are in the hospital.  Another 322 have recovered.

Clinton County reported 11 new positives on Wednesday.  That brings the total number in home isolation to 256.   Another nine are hospitalized.  990 others have been released.

Washington County Health Department is reporting nine new cases since Monday, including three in the 16 to 19-year-old age group up to a man in his 80s.  There are currently 29 active cases, three that are listed as active hospital cases and seven others who remain hospitalized after no longer considered as COVID-19 positive.

Fayette County is reporting four new confirmed cases between the ages of 20 through their 50s.  Two outbreaks are being reported.   They are at Vandalia High School and a congregate living facility.  Additional cases have also been connected to the outbreak at the Vandalia Correctional Center.

The Wayne County Health Department is reporting three new cases, including two male teens and a male in his 50s.  There are now 79 on isolation and four in the hospital.