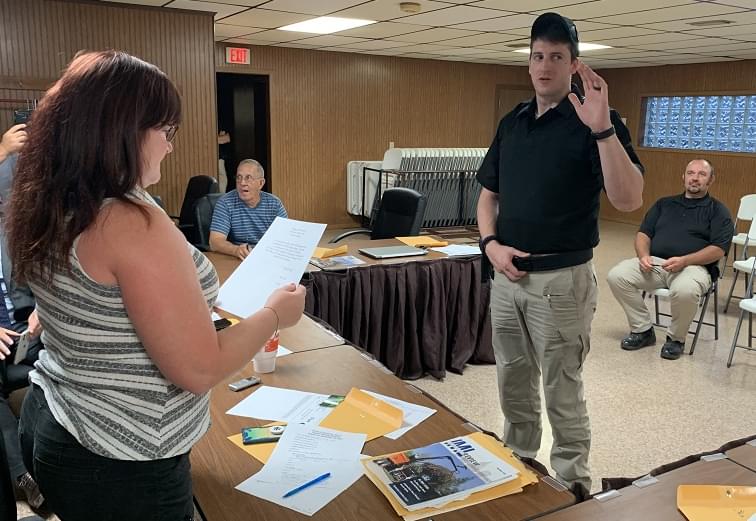 The Sandoval Village Board has agreed to have Trick or Treat this year.

However, they are setting some special guidelines for Trick or Treat night which will be Saturday, October 31st, from six to eight pm, for those 12 and under.

The board is asking all Trick or Treaters to wear a mask if it is not already part of their costume. Those who do not want Trick or Treaters are asked to not turn on their porch light and for those traveling the neighborhoods not to go to those homes.

For those handing out treats, the board is asking that candy be handed to each child and there be no community bowls where kids grab candy out of a bowl. They are also asking for no homemade or unwrapped items to allow for better safety.

One resident attended the meeting to voice concern about allowing trick or treating and the large number of children it brings to town.

The board was told the Sandoval Grade School is also planning to continue its traditional Halloween Parade that will be held sometime the afternoon of Friday, October 30th.

In other action, the board approved an $8,259 contract with A and M of Patoka for installation of a five-ton air conditioning unit at the Library building to replace one that is not working. Mayor Pam Gelsinger also reported other work is underway at the building getting it ready to open as a library, including the painting of the walls by volunteers.

The board swore in John Ashlock of Centralia as a new part-time police officer.

He’ll join Chief Joe Lyons and two other full-time officers and two part-time fill in officers. Lyons says this is Ashlock’s first job as a police officer and he will go through the part-time police officer’s training program.