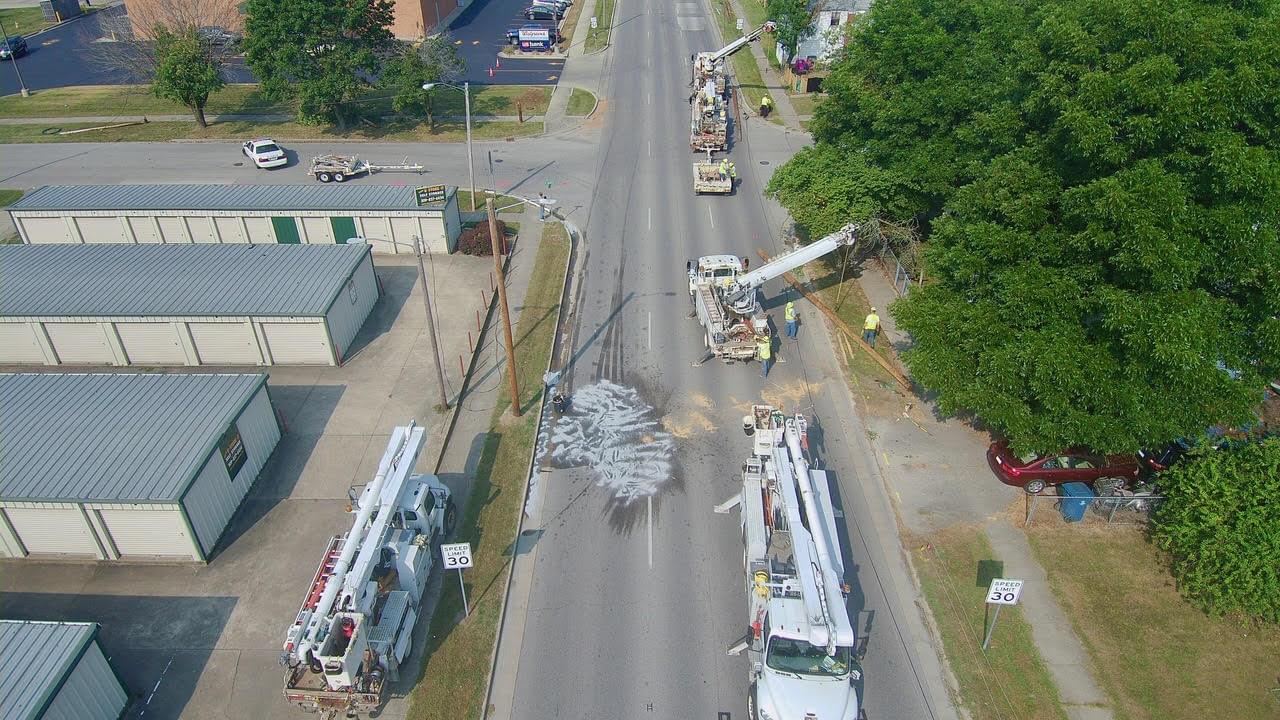 Westbound traffic on Route 161/McCord Street through downtown Centralia was rerouted for around six hours on Thursday after a truck got caught in a low Spectrum Cable line across the road and ended up pulling down seven power poles along with electric and cable lines before coming to a stop.

The area impacted was along McCord Street from Sycamore to Elm.  All the streets crossing McCord between those two streets were also blocked.

Multiple Ameren repair trucks were on the scene trying to put the power line back together.   The road was reopened around two Thursday afternoon.

No injuries were reported in the incident that occurred around eight Thursday morning.