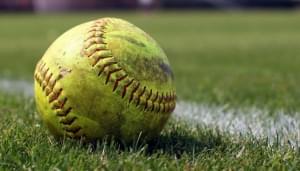 The Franklin Park Lady Bobcats finished their regular season undefeated with a 5-1 win at Marion.  Lilly Balgoue was the winning pitcher striking out 11 and added 2 hits including a double at the plate.  Emma Gregg tripled and drove in a pair.  Marah Johnson added a double and RBI, Olivia Fehrenbacher also drove in a run.  Mya Russell and Jaelyn Keller added hits.  Salem will open up regional play Tuesday afternoon against Fairfield in Salem as the Lady Bobcats are the top seed.

The Selmaville Lady Rockets and Rome Lady Honeybees played to a 1-1 9-inning tie in a game that saw 44 total strikeouts and just one walk.  Natalie Lee had a hit and scored a run.  Lauren Burge had a hit and reached base 4 times. Kale Benjamin had a hit and an RBI and Jaile Cain added a hit.  Burge goes the distance in the circle giving up 4 hits and no earned runs while recording 23 strikeouts and no walks.  The Lady Rockets are the #1 seed in their regional and will play on Wednesday night against the winner of Iuka and Raccoon.

South Central won their regional semifinal matchup over Okaw Valley 10-0 in six innings.  Kyra Swift and Amelia Montes drove in 2 runs each.  RBI also came from Perci Reid, Abi Shuler and Emily Rose as well as KK Swift.  Kinlee Thompson was the winning pitcher going the distance allowing just 2 hits.  SC is 9-6 and will play Saturday in the regional title game against Mulberry Grove at Webster Field in Kinmundy.