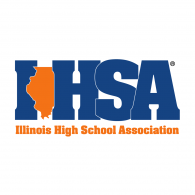 Despite the Illinois Department of Public Health’s decision to rate basketball a high-risk activity, the IHSA has decided the state’s high schools will have a basketball season.  The IHSA made the decision to ignore the state order after a special board meeting yesterday.  IHSA officials say they were caught off-guard by the move Tuesday by Governor Pritzker and the health department to rate basketball a high-risk activity.  It meant athletes couldn’t do more than participate in non-contact workouts.  Practice for boys and girls are scheduled to begin Nov. 16 with games being played by Nov. 30.

However, it’s not that simple.  The IHSA also stated it would be up to individual schools whether or not they participate in basketball.  Talking with different administrators from several schools, this is far from over and school’s will have to decide #1 do they want to risk state funding the Governor has intimated could be withheld for those school’s who do not follow state guidelines.  Also #2 the school’s will need to figure out if they would be able to even get insurance as this would be a similar situation to what ended up canceling several events throughout the summer  Pritzker reacted to the IHSA decision at his daily Covid-19 news update.

“IHSA may have their views, but school districts know what the rules are and it’s unfortunate but they would probably be taking on legal liability if they went ahead and moved beyond what the state has set as the mitigation standard.”

The IHSA says they are implementing safety measures that would keep kids safe, such as requiring players and coaches, even when on the court, to wear masks.  The IHSA board voted to move wrestling to the spring and summer months.

The Illinois State Board of Education sent a message to schools which stated, in part…

“The parents and families or Illinois have trusted us as leaders not only with the education of their children but with their health and safety while in our care.  Public health experts have determined that basketball poses a high risk of COVID-19 transmission and is not currently safe to play.”

They went on to say, DEFYING THE STATE’S PUBLIC HEALTH GUIDANCE OPENS SCHOOLS UP TO LIABILITY AND OTHER RAMIFICATIONS THAT MAY NEGATIVELY IMPACT SCHOOL COMMUNITIES.”