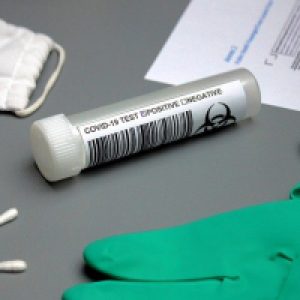 Four more deaths have been reported in the region from COVID-19.  State Public Health officials are reporting a male and female in their 90s have passed away in Clinton County.  That brings their total number of deaths to 31.  A female in her 70s has died from COVID-19 related disease in Clay County.  A male in his 90s has passed away in Wayne County.  It is the county’s 19th death.

There were no deaths in Marion County on Thursday, but the health department has been notified of 38 additional residents who have tested positive for the coronavirus disease.

Eight of the new cases are in long-term care facilities and seven are school age with contact tracing underway.  The new cases are equally split with 19 community spread and 19 who are believed to have become infected from household or close contacts.  The positive cases range in age from two boys under five, three girls under 13, and four in their teens up to a female in her 90s.

There are now 266 active cases, including 19 who are hospitalized of which three are on ventilators.    Nine more were listed as recovered on Thursday bringing the total number who have recovered to 783.

The Clinton County Health Department has reported 30 new positive cases.  The number on home isolation is now 257.  Another 14 are hospitalized.

The Jefferson County Health Department is reporting 38 new positives ranging in age from under 13, four teens to a male in his 70s.  There are 125 active cases currently in isolation.

Wayne County Health Department is reporting 13 new cases from four children to two female teens to a man in his 70s.   There are now 89 in isolation and three who are hospitalized.