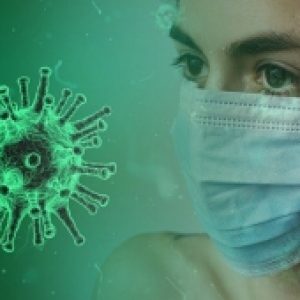 As new cases hit another daily high, state officials and doctors are stressing the seriousness of the current COVID-19 problem in Illinois.

The number of new cases in Illinois has grown by 151 percent since October first and hospitalizations have increased 73-percent.   With the record 6,363 new cases on Thursday, the statewide positivity rate for the past seven days has jumped to 8.2-percent.

“That dryer air means that your droplets are dryer and smaller too.  They can linger in the air.  They are lighter and they stay longer and they travel further.  That is the airborne transmission that you keep hearing about and it’s true.  Fall and winter weather literally makes COVID more transmissible.”

Landon says as the risk continues to rise, you need to rethink your planned get-togethers.

“Unfortunately a Halloween Party this weekend could be a super-spreader event.  Thanksgiving could be a prologue to a tragedy for your family.  We’ve already had more than enough tragedies already.”

The state recorded an additional 56 deaths on Thursday.

Testing also continued to be high, with over 83-thousand test results included in Thursday’s report.