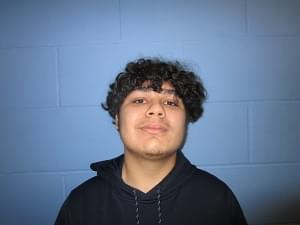 An 18-year-old Farina man was arrested after allegedly fleeing through an emergency door at the Salem Walmart when a Salem Police Officer attempted to stop him on an outstanding warrant.

The officer had entered the store looking for Diego Barrades of Walnut Street after receiving word he had been seen in the parking lot. Barrades allegedly ran out a back emergency door. The Salem canine was eventually deployed to determine which direction Barrades had run. He was eventually spotted near Boone and Hotze by a Marion County Sheriff’s Deputy and taken into custody without further incident.

Barrades was wanted on a warrant for failure to appear on an aggravated battery charge. Bond is set at $10,000.