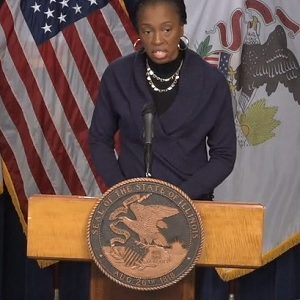 Public Health officials are making a last-minute plea to get together with family virtually this Thanksgiving.

State Public Health Chief Dr. Ngozi Ezike strongly urges people not to get together with friends and relatives outside your household over the Holidays.  But if you decide to ignore the advice and risk spreading the virus.

Ezike says they fear if people ignore these warnings, there will be a big spike in COVID cases in the coming weeks, putting a major strain on Illinois Hospitals and possibly triggering more restrictions.

The Illinois Department of Public Health on Tuesday reported 9,469 new cases of coronavirus disease and 125 additional deaths.  The deaths include three reported Monday by the Marion County Health Department and one earlier reported in Jefferson County.  There were also two deaths reported in Effingham County and six in Madison County.