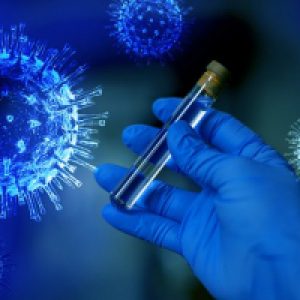 The Marion County Health Department is reporting one additional COVID-19 related death and 46  new positive cases over the weekend and Monday and Tuesday.

The death was a man in his 60’s.  He was the 106th COVID related death in Marion County since the pandemic began.

The Illinois Department of Public Health reported 4,318 new confirmed and probable cases of COVID-19 and 33 additional deaths on Tuesday.   One of the other deaths was a male in his 70s in Clay County.

Of the 46 new Marion County cases, none were long term care residents.  Seven were students, but only two were in school during their infectious period.  36 of the cases are considered community spread and 10 from household or close contacts.

There are now 362 active cases, including 25 who are in the hospital.  Four of those in the hospital are on ventilators.  There were none released from isolation over the four days, with a total of 3,240 now listed as recovered.

The Clinton County Health Department recorded 122 new positive cases over the past four days.   The number of positive cases has topped the 5,000 mark and now stands at 5,032.  There are now 371 on home isolation and four are hospitalized.

The Washington County Health Department reported 13 new lab-confirmed cases Saturday through Monday.  There are now 67 active cases and three who are hospitalized.