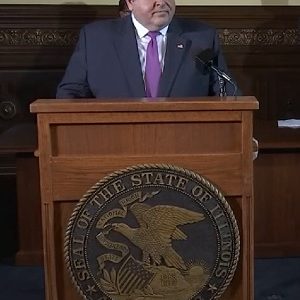 The Marion County Health Department reports over 1,700 people are on their waiting list for the COVID-19 vaccination without any formal signup announcement until now.

Administrator Melissa Mallow says while they initially tried to delay starting a list, they eventually began keeping one for those who called the department.   There are now more the 1,700 on the list with the first vaccinations still about two weeks away for all groups except first responders.   A clinic specifically for them is scheduled for next week.

Mallow says those who want to be added to the list can call the health department at 548-3878 during their Monday through Friday office hours.

She notes at least at first there will be at least one clinic a week where about 200 can be vaccinated making for a lengthy process.

Governor JB Pritzker during his Friday afternoon news conference urged everyone to be patient.

He notes more than three-million Illinois residents fall into the one ‘B’ category, including those 65 and older and essential workers such as teachers and first responders.   Pritzker says the doses are not arriving as quickly as he would like.

“To put it into perspective we are expecting approximately 126,000 first doses to arrive next week outside the city of Chicago.  That’s less than 4% of the 1B population.   Until the vaccine supply improves, we will all have to be patient,” said Pritzker.

The Governor says vaccine deliveries should ramp up in the coming weeks under the Biden Administration.   Pritzker says more vaccination sites will be available in Illinois assisted by the National Guard, local health departments, and pharmacies.