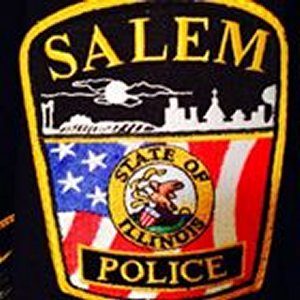 Salem Police arrested three people for possession of methamphetamine and a fourth on outstanding warrants in what started out as an investigation of a suspicious vehicle in the Super Eight Motel parking lot.

45-year-old Brian Cavins of Calumet Street and 46-year-old Darrell Warren of East 6th in Centralia and 32-year-old Lloyd Finley II of Spruce Street in Salem were all taken to the Marion County Jail for possession of methamphetamine.   31-year-old Jerrad Simpson of North Pearl in Salem was arrested on outstanding Marion and Clinton County felony failure to appear in court warrants.   He remained in custody in lieu of $15,000 bond.

Salem Police say when they first arrived both Simpson and Cavins were next to the car.  Cavins said he was at the motel to visit Warran, a friend who owned the car, who was staying there.  Canine Freddie was called when drugs and drug paraphernalia were allegedly seen in plain view in the back seat.   A further search was completed after Freddie alerted on the vehicle. More narcotics were allegedly found that pointed to Warren.

Hotel officials indicated there was a large amount of traffic to Warren’s room on Wednesday night.   When police went to the room, they allegedly located Finley who was arrested for possession of methamphetamine.

A search warrant for the hotel room was then sought.   Police reported finding additional methamphetamine and suspected other drugs inside the room.

As the investigation continued, Warren reportedly walked up to police to see what was going on.  He was taken into custody for possession of meth at that time.