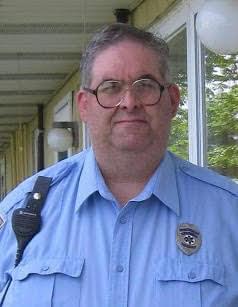 Spencer Gilbert Daniel Walker Peto, 48, of Alma died from natural causes as a patient at Odin HealthCare Center on 21 Feb 2021. Spencer was born as Russell Ivan Clemenson to young teenage parents who put him up for adoption. When Robert and Gale bonded with infant “Rusty” they wanted to adopt him, but Illinois State adoption rules forbid foster parents from adopting their charges. Robert Peto then mounted a personal campaign with his congressional representatives, and also to Illinois Governor Daniel Walker. Mr. Peto’s compassion touched our government leaders, and Governor Walker personally saw to it that the adoption went through quickly, hence Spencer was named after our former Governor. Spencer was welcomed by the Petos, and cared for by their loving family through his full life.

Spencer grew up in Woodridge, Illinois before moving to Alma, Illinois in 1992, where he lived at home with his dad Robert Peto, and his sister, Kate; Bob Peto passed away in 2012. Spencer was a member of the Alma United Methodist Church; he worked at Odin HealthCare Center for many years; and he also was a driver for Hallcon in Centralia for several years. Spencer held a HAM radio operator license, he enjoyed model trains, and he was proud to be a volunteer member of Marion County Emergency Services Disaster Agency (ESDA).

Mr. Peto will be cremated and there will be no services held at this time. In lieu of flowers memorials may be made to the funeral home to help offset final expenses. McGriff & Triplett Funeral Home in Kinmundy assisted the family with the arrangements. To sign the guestbook online please visit www.mcgriffandtriplettfh.com.

He is survived by brothers Robert Peto Jr. (Colleen), and Conrad Peto; sisters Debbie Lyons-Moody (Steve Recchia), Kate Thomson (David), and Lynn Peto (Rickey Coats). He was predeceased by parents Robert and Gale Peto. Spencer will be fondly remembered for touching the hearts of many people.

He was born 22 May 1972 at Elk Grove Village, Illinois. He was generously adopted by Robert Carl Peto and Gale Elinor (Madison) Peto Freeburg, who adopted Spencer as one of their three foster children, in addition to their three children.