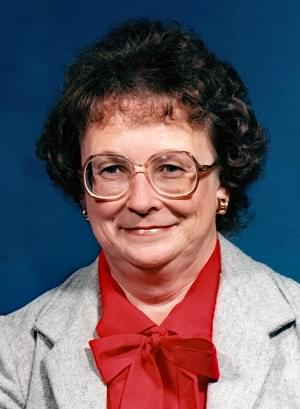 Virginia Lee Bumgarner, age 78, of Xenia, Illinois, passed away early Sunday morning February 21, 2021, at St. John’s Hospital in Springfield. Virginia had worked as a rural mail carrier, Gauger Insurance, Xenia bank, and the shoe factory. She was a lifetime member of Powers General Baptist Church where she taught Sunday school, played the piano, and helped in many ways over the years. Working alongside Norman on the farm she would often lend a hand driving the tractors and trucks, and when it came time to sit down for a while she would crochet and knit.

A funeral ceremony will be held at 11 a.m. Saturday, February 27, 2021, at Powers General Baptist Church, Xenia. Interment will follow in Powers Cemetery. Visitation will be from 5 until 7 p.m. Friday at Frank & Bright Funeral Home in Flora, and Saturday from 10 until 11 a.m. at the church. Memorial donations are suggested to either Powers Church or Cemetery, and will be accepted through the funeral home. To share a memory or condolence, visit: www.frankandbright.com.

She was united in marriage to Norman Lee Bumgarner on October 22, 1960, at Powers General Baptist Church and they celebrated their 60th wedding anniversary and many fond memories last year. She is survived by her husband: Norman Bumgarner of Xenia; a son: David (Crystal) Bumgarner of Xenia; a sister: Frances (George) Herring of Harrisburg; a brother: Gene Fatheree of Elizabethtown; as well as nieces, nephews, and cousins.

She was born August 17, 1942, in Wayne County, the daughter of John H. and Mary (Gauger) Fatheree. She was preceded in death by her parents; a son: Gary Lee Bumgarner; and a grandson: Nathaniel Alan Bumgarner.