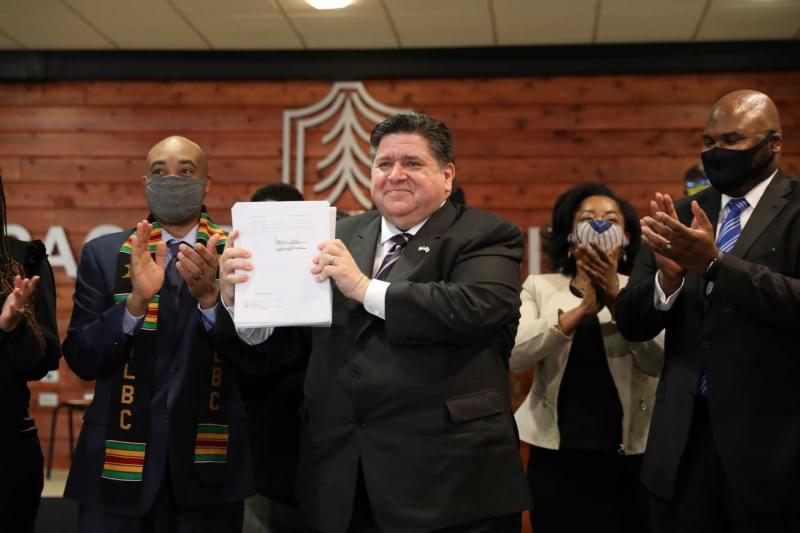 The Governor says the new law ends cash bail in many cases, sets statewide standards on police use of force, requires cops to wear body cameras, diverts low-level drug offenders to treatment programs, and much more.

“This legislation takes a substantial step towards dismantling the systemic racism that plagues our communities, our state, and our nation and brings us closer to true safety, true fairness, and true justice.”

State Senator Jason Plummer minces no words on his opposition. He says the Governor has effectively made our communities less safe, defunded local law enforcement, and endangered the safety of our families.

Plummer notes one central Illinois village is disbanding its police department entirely as the cost burdens of the reform bill weighed heavily over the small community.

Plummer calls it a “terrible anti-law enforcement proposal that will have irreparable consequences for all Illinoisans”. He goes on to say he fears this is just the first of many so-called reforms from the Governor that will threaten the safety of our state and pave the way for future criminal-friendly laws under this administration’s leadership.