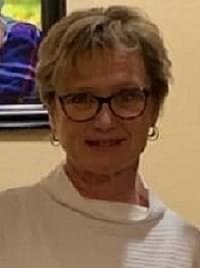 City Manager Rex Barbee told the council that Pruden is completing his 40th year at the city, around 30 as Public Works Director. Pruden didn’t want a party and would only talk about his employees after the meeting.

“The main thing I take with me is what a privilege it’s been to work with the dedicated and hard-working personnel of the public works department.  Their dedication to service is one of the strengths of this city.”

Barbee says Pruden has been preparing Brushwitz to take over.

“She’s talented and knows the job.  She is a logical choice to have run that.  She has the respect of everyone that works in the Public Works Department.”

Brushwitz has worked for the city for the past 21 years, 18 in the public works department.

“Going forward not looking at making a lot of big changes.  I’ve been left with some big shoes to fill with John’s 40 years so trying to keep everything in order.  We’ve got a lot of big projects, fun things coming in with the Inclusive Playground, and upgrades in the park.  And I’m extremely lucky to have the support of the Public Works staff.”

Barbee says a search will now be conducted for a new assistant public works director to assist with the operation of the department.

The Public Works Department drew praise from the city council Monday night for working long hours getting the roads cleared and handling numerous water problems due to the extreme cold.

Members of the Salem Police Department were also commended for helping numerous elderly residents be able to get out of their driveways.