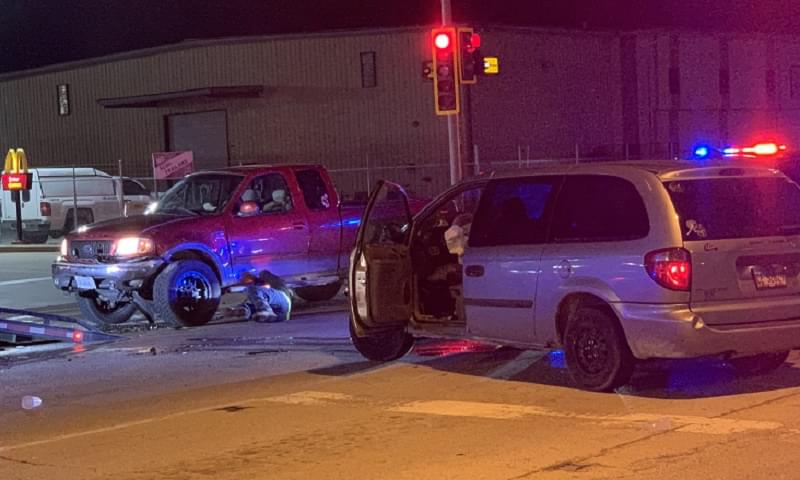 Two-vehicle crash in front of McDonald’s sends the driver and two passengers in one of the vehicles to the hospital for treatment.

Salem Police say a car driven by 19-year-old Elizabeth Mansell of Valentine Street in Odin was eastbound on Main Street when she made a left turn into the McDonald’s restaurant in front of a westbound vehicle driven by a 17-year-old male Iuka juvenile.

Mansell and two passengers in her vehicle, 51-year-old Kevin Brown of DePew Street in Odin and a 14-year-old Centralia female juvenile, were taken to Salem Township Hospital by United Medical Response for treatment of injuries.    The driver of the other vehicle declined medical treatment.

Mansell was ticketed for failure to yield when turning left.

The crash occurred at 8:30 Monday night.