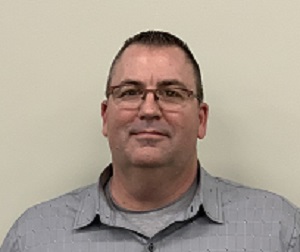 Centralia residents have elected Bryan Kuder the city’s Mayor for the second time.   He beat appointed Mayor Herb Williams by a vote of 1,070 to 522.

Kuder, who is still fighting to overturn the city council’s decision two years ago not to seat him over questions if he was a resident of the city is hoping he’ll be allowed to serve this time.

I’m kinda speechless and very, very, very humbling.  I just hope with the amount of votes that showed in my favor that they will seat me.  That’s all that I’m asking is to be seated.  We’ll find out and we’ll go from there.”

As far as the top priority if he is seated.

“I want to sit down with the city manager.  The first thing is we have to do is what are we going to do about the City Manager’s position.  That will probably be one of the top priorities finding out who we are going to get to fill the seat.  I know we have Derek Shermann in there, an absolute brilliant little guy.  Put somebody in there that will compliment him and that will be a step up in the right direction.”

Kuder says he feels with the election of Jeffrey Castellari and Robert ‘Rob’ Jackson to the city council in Tuesday’s voting they will have an excellent council.

Meanwhile, Williams says he’ll continue to work at the youth center and community to make it a better place.

“Someone in your family needs you, you step up to that position and help the best you can.   Despite the results, I think I leave things in place that should be very beneficial for the people of Centralia.  You know the housing grant we have, we’re looking at the swimming pool, and a number of baseball teams will be coming into the city.   I put a lot of things in place that would help the economic development of the city.”

And does he think there will be another challenge to Kuder’s residency.

In the City Council race, Castellari was the top vote-getter with 947 votes.  Robert ‘Rob’ Jackson won the second seat with 922 votes.   Those not elected to the council were Kent Jones with 681 votes, Israel Fontanez Junior with 508 votes, and Jason Hunter with 200 votes.

A half-cent sales tax to support public safety and to pay for two new fire trucks purchased last year was defeated for a second time.   The vote was 823 against and 687 in favor.