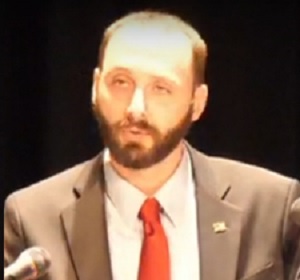 Salem voters have elected Nic Farley as the city’s next Mayor.  He beat Brock Waggoner 608 to 436 votes.

Farley is thanking those who voted for him.

“The two things I really want to hit is our Industrial Park. I think there is untapped potential for expansion in our Industrial Park.  The second immediate goal I think we need to do is make sure we are reaching out to Schutt Manufacturing. there is money through the workforce investment board for the people who are going to displace to go back to school and learn a new school.   I’ve already had communication with the President of Kaskaskia College and we’re working on a program to get those persons into a training program to get them a job fairly quickly.”

Farley says money is also available to assist other industries to absorb the employees at Shutt.    He feels the city’s budget is in good shape although they will need to look at natural gas and water rates to make sure they are covering expenses but is promising no big tax increases.

Waggoner is thanking those who voted for him.

“The reason why I ran is I didn’t feel like our city council was spending our tax dollars wisely.  You look at the budget over the last several years,  we’ve had to have reserves pulled. Those were the type of things that didn’t come up in the election year as much as we should have brought them up and had a discussion on them.  I hope members of the community start coming to our city council meetings and start asking those questions.  Too often there are very few people there.”

Waggoner would like to see the numbers grow at city council meetings so they have to be moved to the theatre.   He hopes the city council will embrace empowering the people in creating a better economy for the next generation.   Waggoner says he never wanted to be a politician and while he’s more than happy to help ask questions being a private citizen is where he wants to be.