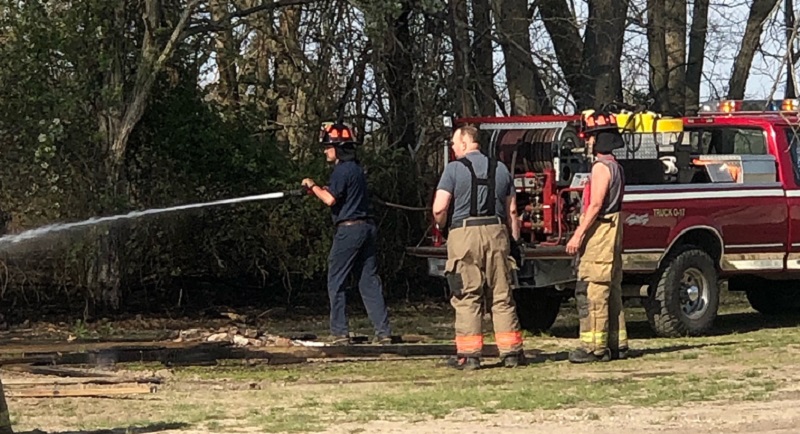 Sandoval firemen say an outbuilding was fully involved in flames and had already collapsed when they arrived at the scene of an early Tuesday morning fire.

The blaze was near the SandRidge and Jolliff Bridge Road intersection.

Fire Chief Chad Parson says firemen used a brush truck to extinguish perimeter fires in the grass and a small wooded area to prevent the fire from spreading to other outbuildings.  He reports the property is vacant and the cause of the fire is undetermined at this time.  There were no injuries.

Firemen were on the scene for approximately an hour and a half.

Odin firemen were called to both a woods fire and a small grass fire on Tuesday.  Fire Chief Greg Smith says Karri Kampworth of 804 East Poplar in Odin was burning a small pile of wood when the fire got out of control during the noon hour.  The second fire was a small grass fire on the Curt and Kim Matthew property at 1000 East Poplar in Odin.   There were no structures in danger from either fire and no injuries.