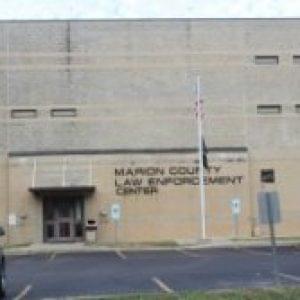 A 52-year-old Salem man has been arrested by Marion County Sheriff’s Deputies for violation of the sex offender act. Christopher Phillips of England Road was taken to the Marion County Jail.

A 24-year-old Wamac man has been arrested by the US Marshal’s Service on two outstanding warrants. Coleman Ross of Frazier Street was wanted on a petition to revoke his probation on a possession of methamphetamine conviction and for failing to appear in a traffic case. He posted $1,000 bond on both cases and was later released from the Marion County Jail.

52-year-old Delmus Patty of State Route 37 in Kinmundy posted $700 bond and was released after being arrested on a failure to appear warrant for failure to report as a sex offender.

The Marion County Sheriff’s Department is investigating the theft of a car stolen from a home in the 200 block of Mills Road in Walnut Hill. The theft was reported at four Wednesday afternoon, but is believed to have occurred in the late morning hours.

The sheriff’s department is also investigating a burglary to the storage units on Broadway Avenue in Alma. A lock was cut off to gain entry. Several items are reported missing.