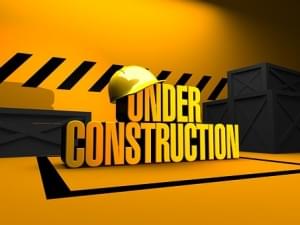 The City of Salem’s proposed budget for the fiscal year beginning May first includes a number of street, sidewalk, waterline, and natural gas line replacement projects.

Public Works Director Annette Brushwitz hopes most of the projects can be completed this summer. The work includes the resurfacing of West Whitaker Street from South Broadway to South College Street that was torn up last summer for utility replacement work. The project is being funded through motor fuel tax funds.

Several other projects paid for through the half-cent sales tax to fund public works improvements are also scheduled. They include the resurfacing of West Kell Street from College to Broadway. That project is planned after a waterline along West Kell Street in that same area is completed. West Boone Street is scheduled to be resurfaced from Broadway to College. The city is also looking at the resurfacing of Westgate and Delmar between West Main and West Whitaker as well as the section of West Whitaker between the two streets.

The half-cent sales tax will also be used to replace the curb and guttering on Woodland Drive and Hawthorne Estate Drive along with the recoating of the exterior of the city’s two water towers. Brushwitz warned that work had to be completed soon or deterioration of the water tank surface would require additional work in the future. The motor fuel tax budget also includes money to replace the curb and sidewalk on the east side of the 100 block of South Maple.

The city plans to use Rebuild Illinois bond funds provided by the state to pay for the resurfacing of portions of North College and North Jefferson Street.

The work is all included in the city budget up for final Salem City Council approval at the April 19th meeting.