Firemen from three departments fight a fire that spread to more than 40 hay bales in Junction City on Saturday.  Photo by Tim Ferguson.

More than 40 hay bales burned in a yard fire Saturday afternoon at the Charles Wooters home at 2431 Barton Road in Junction City.

Wooters used a backhoe to move some of the bales, to allow the bales on fire to burn themselves out.

A controlled leaf fire may have started the fire in the bales.

The fire call came in at 1:51 with firemen on the scene for about three hours.

The Kell Fire Department was called to a yard fire on the David Henson property at 7302 State Route 161 Extension in Iuka during the noon hour on Sunday.

Upon arrival, firemen found a portable 12 by 20-foot portable storage shed on fire.    The fire was quickly extinguished before it caused damage to items inside the structure.   There was minor damage to the underneath and one side of the structure.

Henson had put the fire out around the propane tank before firemen arrived on the scene.

The grass fire is believed to have originated from a burn barrel when items fell out and caught the yard on fire.

Damage to the storage shed is estimated at $500.

Firemen received the call at 12:30 Saturday afternoon and were on the scene for about an hour.

Jefferson Rural Firemen say the cause of a fire that burned one room of an older home used for storage remains undetermined.   A passerby spotted smoke coming out from under the eves of the home owned by Mark Barchzewski on Illinois Route 15 near North Blackhawk Drive west of Mt. Vernon.  Firemen were able to confine the fire to one room, but there was considerable smoke damage to the rest of the home.  It never broke through the roof.   The fire call came in at 1:55 Saturday afternoon with firemen on the scene until 3:30 pm.

Jefferson Rural Firemen also fought two grass and field fires.   A fire on the David Beal property on East Meadows Road in rural Dix burned about two acres.  Less than an acre of ground burned in a second fire on the Derrick Bennett property on North Toll Lane northeast of Mt. Vernon.    No buildings were threatened in either fire.

A 19-year-old Sandoval woman received what State Police are calling life-threatening injuries in a freak accident where she was struck by a car in which she was a passenger.

Preliminary investigative details indicate Victoria Lyons climbed out the sunroof, slid down the hood, and then was struck by the car being driven by 18-year-old Morgan Witthaus of Centralia.    The incident occurred on the Noltings Road a quarter-mile south of Illinois Route 177 in Washington County early Sunday morning.

Lyons was transported by ambulance to an area hospital.  Witthaus and another passenger, 20-year-old Andy Vonburg of Sandoval, were not injured.

State Police say charges are pending in the incident which occurred at 1:25 Sunday morning.

State Police have arrested a 33-year-old Muskegon, Michigan man for the manufacture or delivery of 10 to 30 grams of cannabis.  James Miller was taken to the Marion County Jail.

Story by Ben Watson and Photos by Jami Jacobs

Even though football season has yet to commence, Centralia High School held a Homecoming event for its students. The event was the combination of the annual Homecoming tailgate and Homecoming coronation.

The event can well-described by Junior Escort Connor Lorence. When asked about the organization of the event, Lorence said, “So, Homecoming took place inside this year, with activities in the gym, and food and drinks in the cafeteria. In the gym, they had things like basketball, 9-square, and spike ball going on for students to do. Coronation also ended up taking place in the gym.”

The event served to be a helpful morale booster for students and teachers alike, receiving a relaxing break from a school-year full of surprises and varying schedules.

When asked to share his feelings about having the event during the Coronavirus pandemic, Lorence responded, “While it was a bit odd and unusual, it was still great that the school was able to pull off Homecoming during the pandemic. It really gave the students something fun to do in a year that hasn’t been normal in any way, shape, or form.”

The event reportedly had a fair turnout and was managed using social distancing and other professional and conscious procedures.

The Homecoming Court is as follows:

Hover over photo for caption and click to make larger. 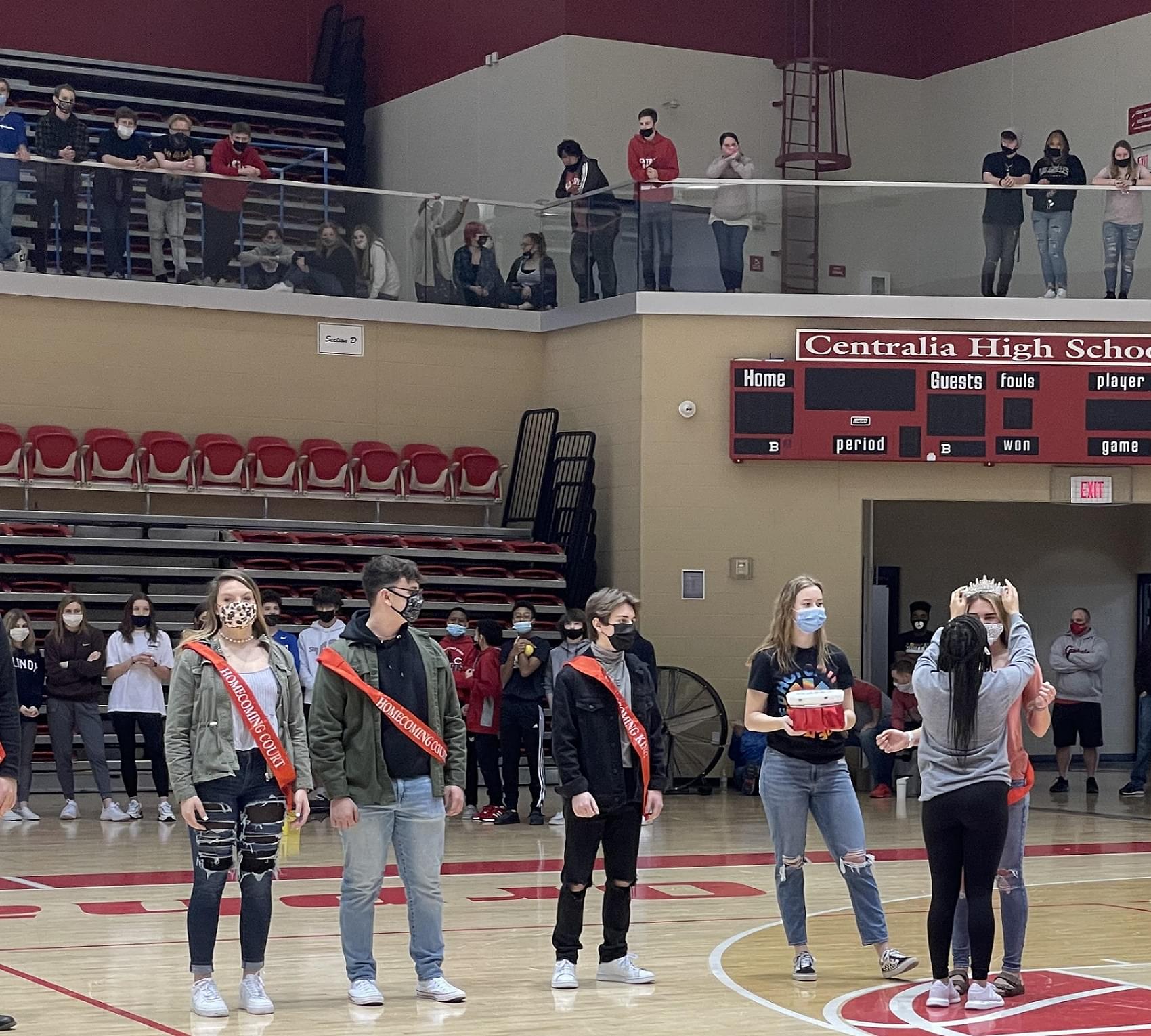 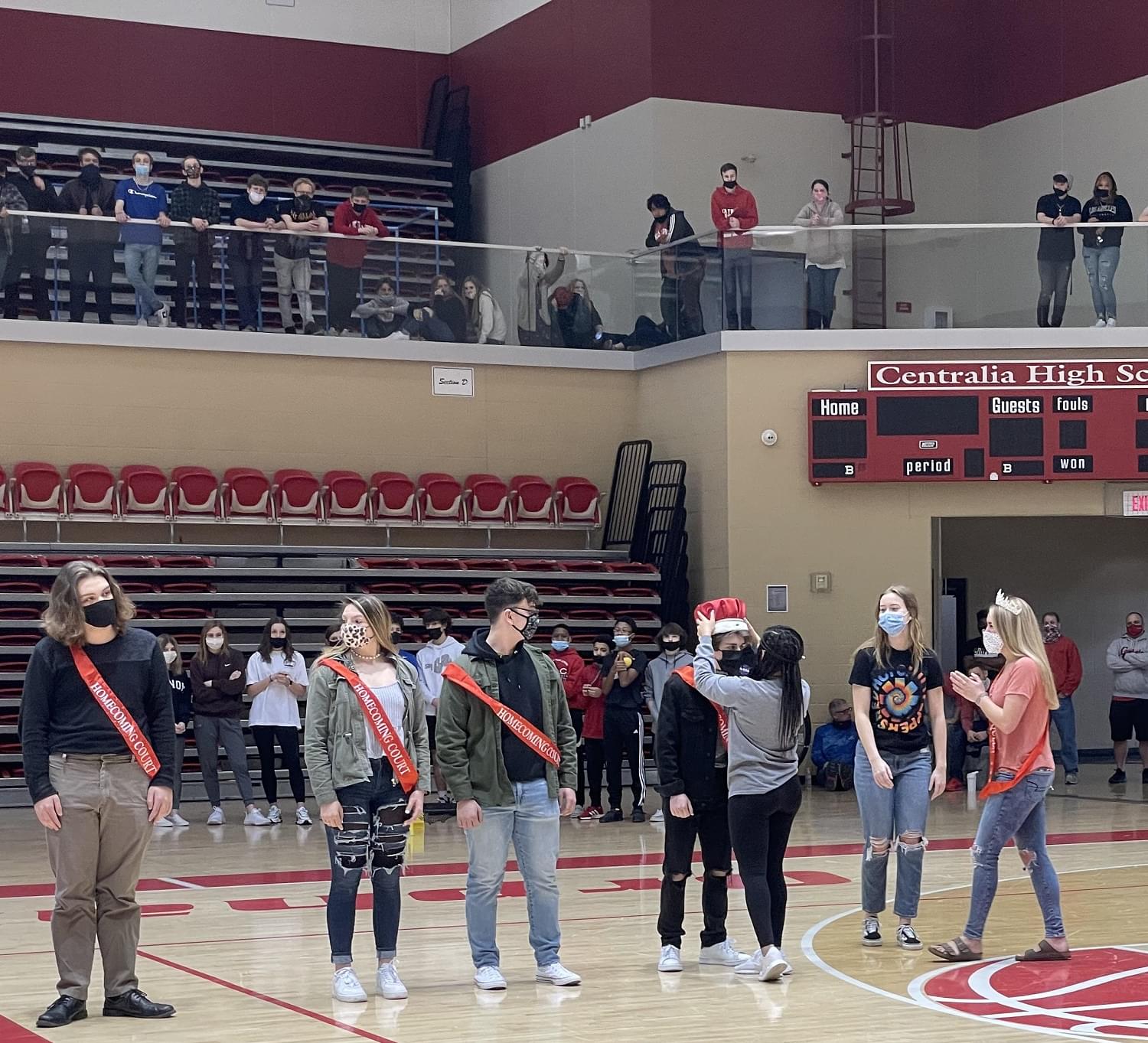 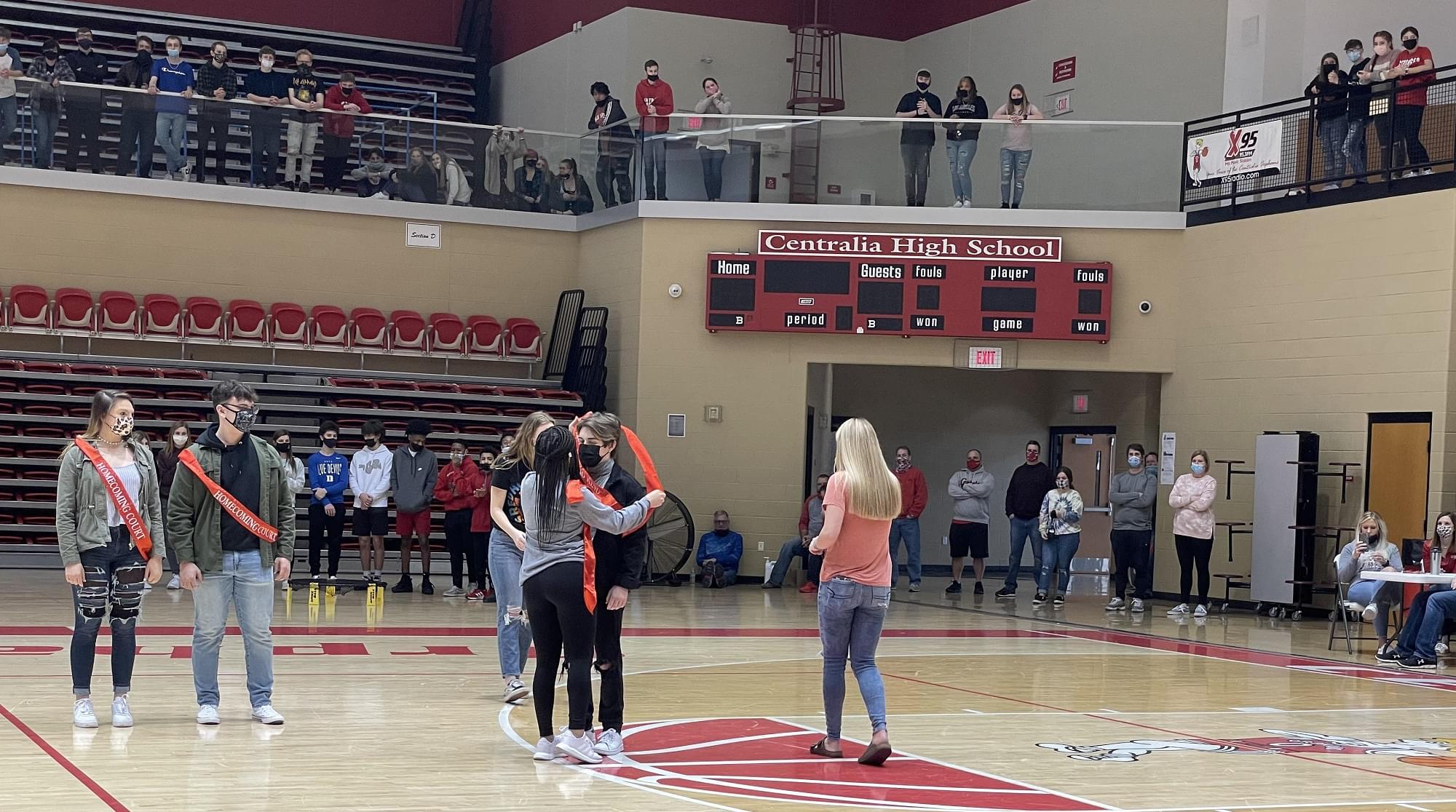 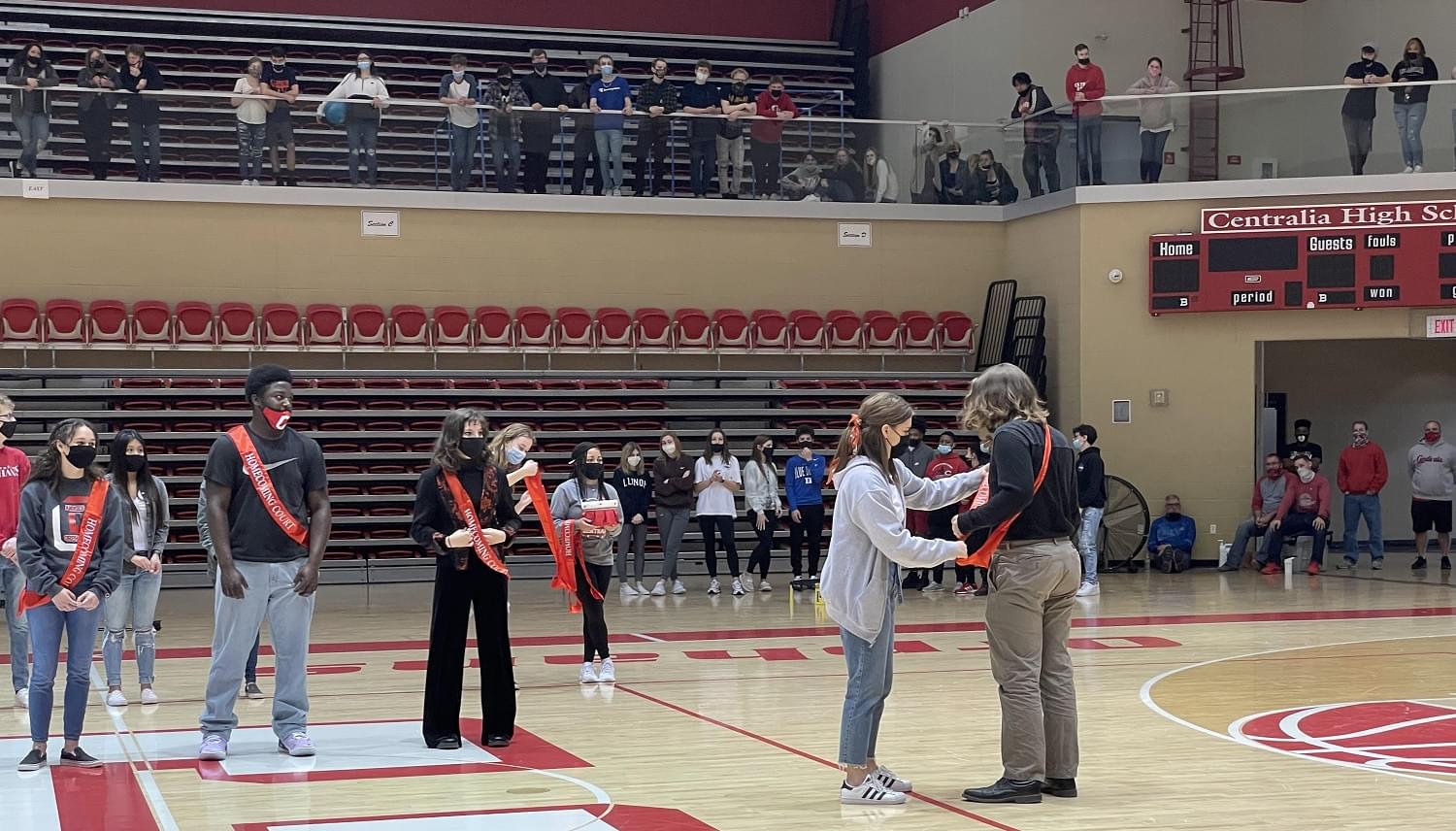 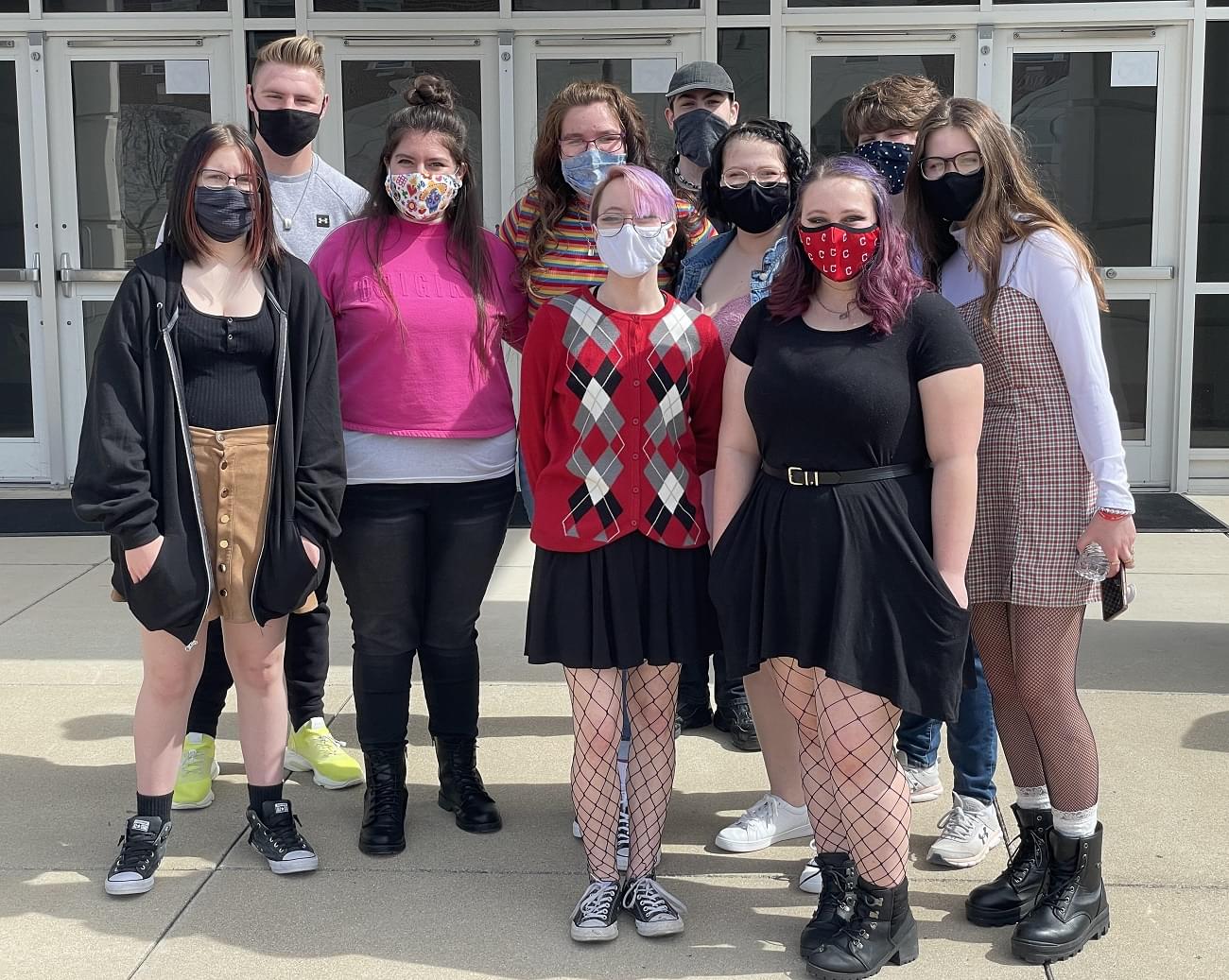 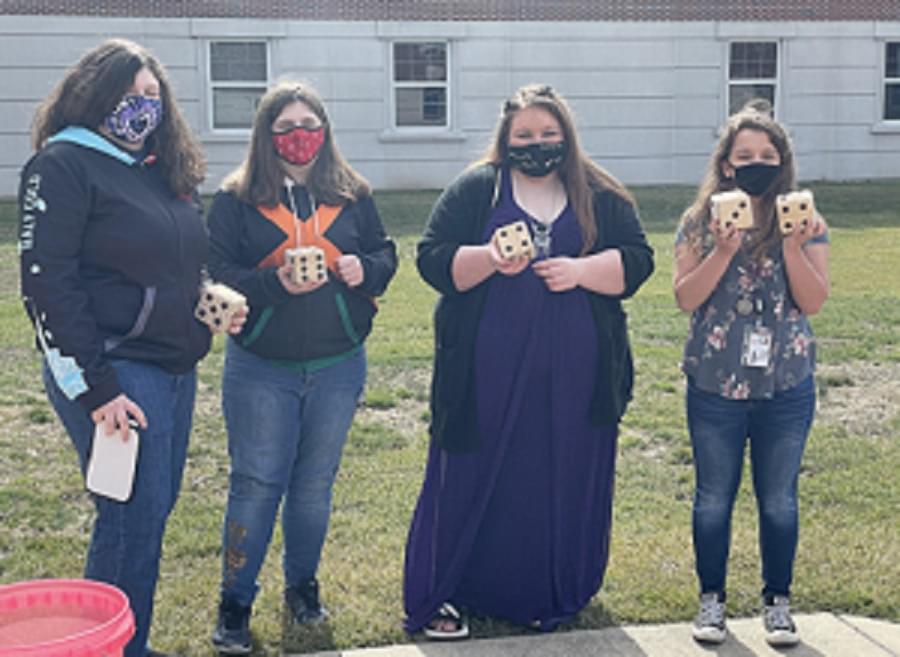 Matthew Jonas/MediaNews Group/Boulder Daily Camera via Getty ImagesBY: BILL HUTCHINSON, ABC NEWS (DENVER) — An out-of-control street party near the campus of the University of Colorado, Boulder, on Saturday drew up to 800 people, most appearing to be college-aged, prompting violent clashes with SWAT police who deployed at least one armored vehicle to disperse the…… END_OF_DOCUMENT_TOKEN_TO_BE_REPLACED

How life has changed 1 year into the COVID-19 pandemic: Masks, restrictions largely endure

alvarez/iStockBY: MEREDITH DELISO, ABC NEWS (NEW YORK) — On March 11, 2020, the World Health Organization characterized the COVID-19 outbreak as a pandemic. In the days, weeks and months that followed, millions of Americans started working and learning remotely, social distancing became the new norm and mask-wearing was widely encouraged, if not mandated, to help…… END_OF_DOCUMENT_TOKEN_TO_BE_REPLACED

Stephen Maturen/Getty ImagesBY: BILL HUTCHINSON, ABC NEWS (NEW YORK) — Fortified fencing, barbed wire and concrete barricades have gone up around the courthouse and police stations in Minneapolis in preparation for the landmark murder trial of former police officer Derek Chauvin for the death of George Floyd. But what may seem like necessary preparations for unrest…… END_OF_DOCUMENT_TOKEN_TO_BE_REPLACED

ABC NewsBY: DANIEL MANZO, ABC NEWS (NEW YORK) — The warmest air in four months will spread across the Central and Eastern U.S. this week. On Sunday afternoon, widespread temperatures in the 60s and 70s are expected across the much of the central U.S. and even northern locations like Minneapolis will reach 60 degrees or…… END_OF_DOCUMENT_TOKEN_TO_BE_REPLACED

kali9/iStockBy MEREDITH DELISO, ABC News(SPRINGDALE, Utah) — A 43-year-old man fell to his death while hiking at Zion National Park in southern Utah, officials said.Jason Hartwell, of Draper, Utah, was found at the base of the Angels Landing summit Friday morning, the National Park Service said in a statement.A search and rescue mission launched Thursday…… END_OF_DOCUMENT_TOKEN_TO_BE_REPLACED